About the overall OCID project

About the OCID dataset 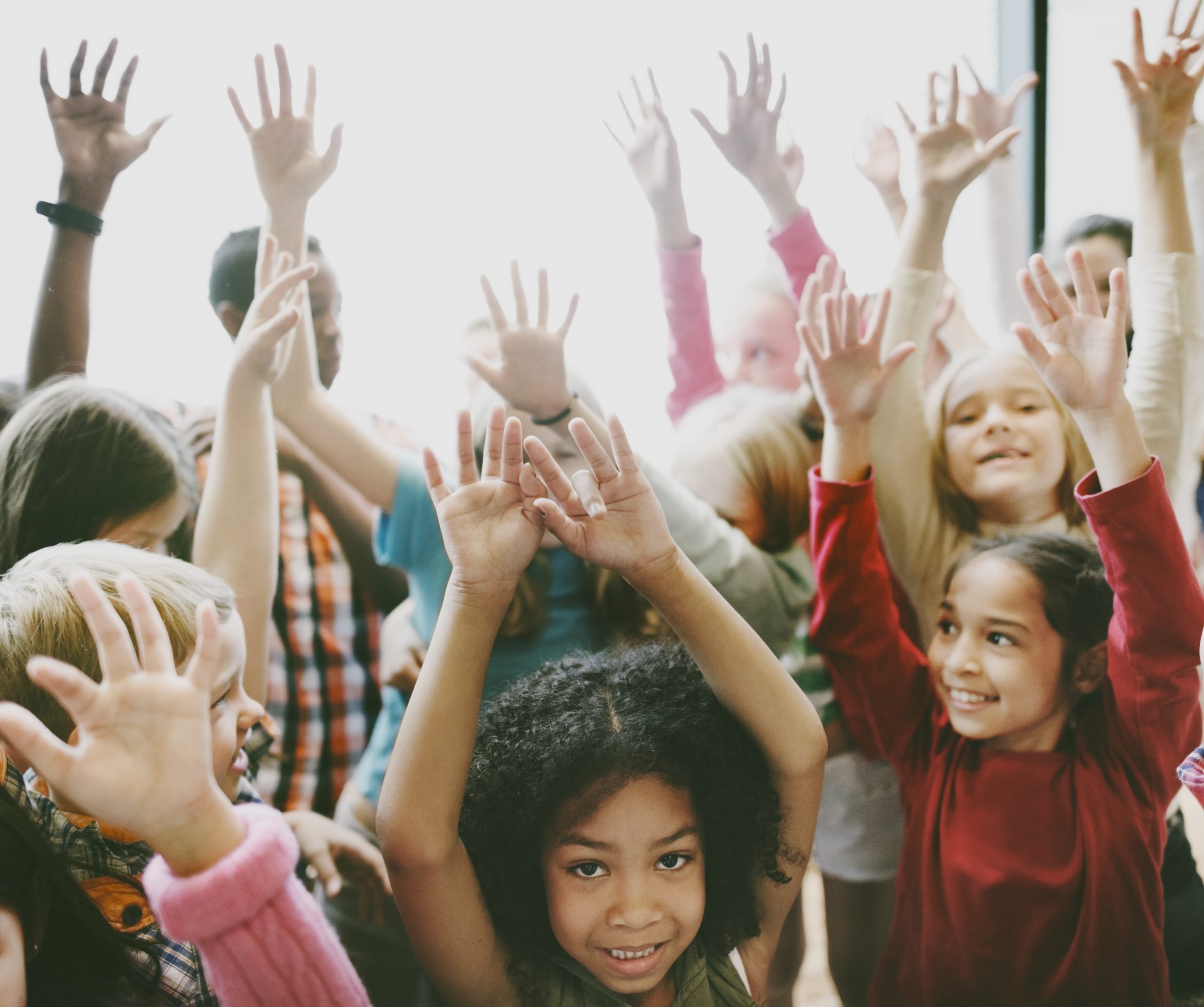 About the OCID population

About the overall OCID project

Why was OCID created?  What purpose is it supposed to serve?

OCID was created in 2019 with two overarching goals:

OCID will neither propose policy nor advocate for or against programs, interventions, or investments, public or private.

How will policymakers use OCID?

For the first time, policymakers will have access to data from across Oregon’s state agencies to inform decisions about how best to support Oregon children and their families. Starting in 2001, program data are linked with birth records giving this dataset the power to show the trajectory of children’s well-being from birth through age 18. Policymakers will be able to trace the pathways of groups of children and families take through state services and identify where improvements can be made at critical points to better serve them. The transparency made possible by OCID will help pinpoint where Oregon has fallen short and will also help build trust in state systems by holding us all accountable to take action.

OCID will provide data and analyses that enables policymakers, to make better informed decisions about how to most effectively and efficiently improve the well-being of Oregon’s children. The OCID cross-program dataset supports and demonstrates the shared responsibility our state’s agencies have for many of Oregon’s most vulnerable children. Better data integration and understanding of population and communities’ needs will assist in collaboration among policymakers and state programs.

How can OCID be valuable to Oregon communities?

OCID was created as a resource for all communities across Oregon. Through the publicly accessible website and Child Well-being Dashboard, Oregon communities can access and filter cross-program data that is relevant to their local needs and compare their data with other communities. With improved information about the status of child well-being, communities can better focus resources in high-need areas, communicate their priorities to local and state policy makers, or easily identify other communities facing similar challenges for collaboration opportunities.

What will OCID do?

To advance its goals, OCID has two primary deliverables:

OCID advances government transparency by making the same objective information about key child well-being indicators available to anyone through the OCID website. OCID is an objective, nonpartisan data resource for Oregon policymakers, that is made available to the public through the OCID website. OCID is not intended as a researcher database, nor is OCID data accessible to third party interests. The OCID project neither proposes policy nor advocates for or against programs, interventions, or investments, public or private.

Who makes decisions about OCID?

How is OCID funded?

The Oregon legislature allocated $2 million to operationalize OCID in the 2019-2021 biennium. This allocation came with the expectation of an additional $1 million match that will come from Oregon private sector philanthropies for a total OCID budget for 2019-2021 of $3 million. Private sector funders include:

How will OCID be sustained?

The sustainability plan involves asking for continued legislative appropriation (which could also involve a continued expectation from the Oregon Legislature for private match) and working with the Governance Committee to maximize the value of OCID and explore additional/alternative funding strategies.

About the OCID dataset

What information does OCID contain?

OCID contains information about children born in Oregon since 2001, and their known parents. OCID combines data from multiple state agencies, providing an opportunity for cross-cutting and longitudinal examination of the interactions of children and families with various state-funded programs and interventions. OCID does not currently contain information about children born outside of the state of Oregon.

Where are the data coming from?

How does OCID get all of this information?

OCID has standardized data use agreements (DUAs) with all of the state agencies providing data. The Oregon Health & Science University Institutional Review Board (IRB) oversees the project. The OCID team works closely with state agency directors and their staff to understand and validate the data. Integrated Client Services, a shared Oregon Department of Human Services and Oregon Health Authority resource, matches individuals across the various datasets to integrate the data.

OCID was designed to look at patterns, correlations and outcomes across populations of Oregon children and families. It was not designed for analysis of individuals. As a result, OCID does not contain identifiable protected information. For extra protection, OCID’s research protocol falls within the regulatory oversight of the Oregon Health Science University (OHSU) Institutional Review Board.

How are the OCID data kept safe?

What are some of the dataset limitations?

OCID is a remarkable and novel dataset, however, it still has multiple limitations. OCID is committed to transparency about those limitations and have included information in the Child Well-being Dashboard, the Technical Dictionary, as well as in the OCID population FAQs. For example, dataset limitations include the following:

About the OCID population

Are all children living in Oregon in OCID?

The proportion of children with information in OCID may vary by age group and program.  However, a good general estimate is that OCID contains information about three quarters of Oregon’s children.

Because the OCID population includes children born in Oregon from 2001 onwards, several groups of the state’s children are not currently in OCID including:

Why doesn’t the OCID data match the information on the state of Oregon’s agency websites?

The OCID population only includes children born in Oregon from 2001 onwards. We estimate that 22% of children who are current Oregon residents were not born in the state and, thus, are not included in OCID. This means that OCID data will typically not match information published by the state of Oregon, which generally includes all children living in the state whether or not they were born in Oregon.

What happens in OCID when children move into or out of Oregon?

Children who move into Oregon any time after birth are not currently included in OCID. If an Oregon-born child moves out of the state, OCID captures that information if a public school record includes this information.

Are all of Oregon’s public school students in OCID?

We estimate that OCID currently contains about 75% of Oregon’s children currently enrolled in the state’s public schools. The OCID population currently only includes children born in Oregon from 2001 onwards, which means that the oldest students in OCID are currently in 10th grade. As the OCID birth cohort gets older, our data will include 11th and 12th graders.

Does OCID adequately represent the diversity of the Oregon’s public school population?

Since OCID does not include public school students who were not born in Oregon, some racial and ethnic groups may not be equally represented in the dataset. To illustrate: in 2016, OCID included over 70% of the white, Hispanic, and Native American/Alaska Native, and multi-racial public school students statewide as reported by the Oregon Department of Education. OCID contained a lower proportion of Black/African American, Asian, and Native Hawaiian/Pacific Islander students, at 61%, 55% and 55% respectively.

How is OCID the same or different than the SLDS (student longitudinal data system)?

OCID and SLDS are complimentary. OCID was designed to enable understanding of the linkages across publicly funded programs, the factors that are correlated with good and poor outcomes, and to serve as a mechanism for improving investment in programs that serve Oregon’s children and families. The SLDS was designed to link education information about students as they move through school and into the workforce. It was designed to improve student learning and to enable understanding of the impact of Oregon’s school system on its workforce. In addition to education information, OCID also contains data on health, child welfare, self-sufficiency programs, and juvenile justice. OCID and SLDS project staff communicate monthly to support coordination and collaboration between the efforts.

What improvements are planned for the data included in OCID?

OCID is just getting started. Once existing infrastructure and processes are solidified improvements will be considered. Improvements that have already been suggested which include adding additional program data (such as housing) and including information about children born outside the state of Oregon. These improvements will likely be considered sometime in the 2021-2023 biennium.

Why use a “Dashboard”?

The Dashboard uses advanced visualization techniques to display complicated data in an easy-to-interpret manner. With the Dashboard, Oregonians will for the first time have a consistent, transparent, multifaceted tool that provides objective information about the well-being of the state’s children. This will pay important dividends throughout the state by making it easier for debates about policy and investment to be data-driven.

How did you decide which indicators to include in the Dashboard?

A combination of three key factors went into selection of the measures: 1) we needed a limited set of  measures that could serve as a proxy for the well-being of Oregon children from their birth through age 18, both individually and collectively as a set; 2) the data had to be available for each measure and that data must be able to be matched to information at birth; and, 3) the data must be able to be provided to OHSU under the terms of both the data use agreements with the state and with the conditions of the institutional review board (IRB) oversight. A process involving policy advisors and key state agency staff was used to identify and narrow potential measures.

Why are only children ages 0 through 4 included in the indicator displays for foster care and child maltreatment?

Historically in Oregon, half of the confirmed cases of abuse and neglect occur in children under the age of 6, and 40%-50% of children in foster care are under the age of 5.  In 2018 (the most recent year for which data is available), 81% of victims of child fatalities due to abuse or neglect were age 5 and younger. These data demonstrate the vulnerability of young children in relationship to abuse, neglect and foster care. As the OCID website and dashboard continues to develop, additional foster care data will be added.

Why isn’t there a race and ethnicity view for some of the indicator displays?

Currently, OCID is only reporting race and ethnicity information for data from the Oregon Department of Education. Most programs and agencies use different race and ethnicity categories that are not easily reconciled across their data, and some are required by federal guidelines to keep the information differently. The OCID team is working with agency partners and project stakeholders to resolve this challenge by 2021.

What explains any trends or disparities shown in the Dashboard data?

We don’t know yet. The Dashboard shows descriptive data, not causal relationships/analysis. Further analysis is needed to understand why disparities or trends occur.  Watch for deeper analyses on the dynamics behind selected Dashboard measures in late 2020.

What are some ways that visitors can use the Dashboard?

The Dashboard can be used to:

Will the Dashboard be updated?

Yes. OCID is just getting started! The Dashboard will be updated over time to provide an array of outcome measures focused on key areas of child development. The data fueling the Dashboard will also be refreshed each year so that users can view the most up-to-date information.